The Battle for the Senate

Posted on November 5, 2014 by obscureecho 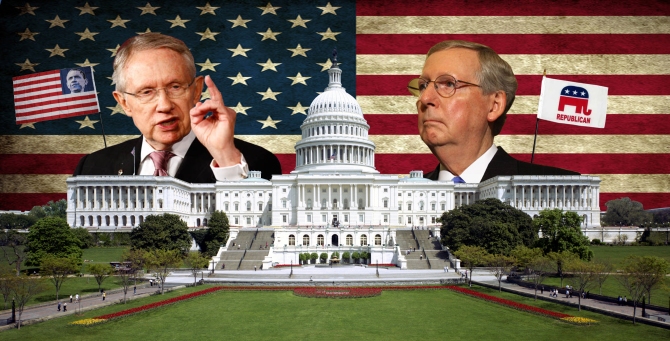 The votes are being counted, and soon we will know the outcome of Tuesday’s highly anticipated midterm elections (which would usually be considered an oxymoron).  Despite what politically apathetic individuals may claim, the midterm elections this year are extremely important.  If the predictions made by many political experts become reality, the U.S. congress will be dominated by the Republicans.  The prospect of a senate controlled by Republicans has frightened many on the left, forcing prominent Democrats like the Clintons who rarely play a direct role in campaigns anymore to help secure seats for their fellow party members, whether they be incumbents or senatorial hopefuls.  On the Thursday before the election, Bill Clinton visited Kentucky to endorse Alison Lundergan Grimes, the Democratic opponent of Senate Majority leader Mitch McConnell.  During the weekend, the potential 2016 presidential candidate and former first lady Hillary Clinton traveled to New Hampshire to publicize her support for incumbent Senator Jeanne Shaheen, who is facing a tougher struggle against her opponent Scott Brown than was initially expected.

The senatorial race in Kentucky has been one of the most crucial races this year, not because of it being a swing state that could provide the Democrats with safe ground, but for its importance of defeating Republican leadership.  But unfortunately the Democrats did not produce a great contender to defeat McConnell.  Kentucky Secretary of State Alison Lundergan Grimes was an aggressive candidate who competitively battled McConnell, but her inability to stand strong on the Democratic platform or be proud of her liberal policies did not resonate with Kentuckians, and ultimately caused her to lose the race.  This, of course, is not surprising at all.  Center-right Clinton Democrats like Grimes who are afraid to say President Obama’s name do not stand a chance against the powerful, wall street-backed Mitch McConnell, who will replace Harry Reid as the Senate Majority leader if the Republicans are successful in winning the senate.

One highly competitive senate race (perhaps the most anticipated senate race of the year) besides that in Kentucky is the race in Iowa, the key swing state that went Democrat in the last three presidential elections, between Republican State Senator Joni Ernst and Democratic Representative Bruce Braley.  In a Des Moines a poll released on Sunday, Ernst was the clear winner, but a Quinnipiac University poll released Monday showed a 47-47% dead heat in the senate race there.  Joni Ernst, the ridiculous conservative mother who’s campaign ad “squeal” has gone viral online, has surprisingly run a great campaign, one that has caused Braley a significant challenge.  Braley the populist progressive and his campaign team have fought back against Ernst’s growing popularity by accusing her of being on the side of bankers and the elite.  This campaign tone has led Braley to be endorsed by Elizabeth Warren instead of bigger names like the Clintons or Obama.  As I write this post, the race in Iowa is very close, with Ernst ahead by 2 points.  It will be interesting to see who wins this close election.  It could very well mean control or subordinate in the senate for the Democrats. 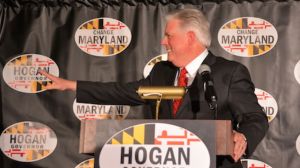 Due to the fact that Republicans will likely win control of the Senate, the media has been focusing much more on the senatorial races than the gubernatorial ones.  However, there are many very important governor races this year, the most significant of which are Wisconsin, Florida, South Carolina, and my state; Maryland.  Initially, Maryland was expected to go easily to our Lieutenant Governor Anthony G. Brown (who would be our first African-American Governor if victorious), but Republican Lawrence Hogan Jr., the conservative businessman with very little political experience, has run an effective campaign which has largely targeted Brown and the O’Malley administration for not strengthening the Maryland economy.  Judging by the results obtained so far, Hogan will likely become Maryland’s next governor.  One may wonder why the majority of Marylanders would choose Hogan over Brown, who’s political and academic credentials far outperform Hogan’s, in a state that is solidly liberal.  He has managed to succeed by bragging about his experience as a businessman and through a series of calculated issues that are highly weighed in his campaign.  Since 2011, Hogan has led and chaired “Change Maryland”, a grassroots organization that has relentlessly lobbied for tax cuts.  The issue of tax cuts expanded to become Hogan’s main platform for election, which has resonated with many middle and upper class Marylanders.  While remaining fiscally conservative, Hogan has managed to appeal to Marylanders by being an ideological moderate on social issues, most of which he has not spoken.  The elephant in the room of his campaign is that in order to institute the tax cuts he has been advocating for, his administration will have to cut spending and social programs.  The support of Governor Chris Christie has also strengthened Hogan’s influence in Maryland. Christie, the Republican Governor of the historically blue state New Jersey and a potential presidential candidate in 2016, has traveled to Maryland several times throughout the race to show his support for Hogan, who like Christie is largely a moderate who can be quite aggressive towards his political enemies.  Ultimately, Hogan’s success has been so substantial due to the populism of his campaign.  Throughout the race, he has portrayed himself as the small businessman who cares about average Marylanders and is an alternative to liberal politicians like Brown who have been running the state for decades.  This conservative populism has appealed to Maryland voters, and is what has led to his victory.  Hogan’s electoral success is very disappointing to liberals such as myself.  I would prefer that Maryland experience progressive change, not change that cuts back on social programs and education, which Brown has promised to strengthen if elected Governor.  The fact that Maryland could fall so easily and so swiftly to Republican control really reveals the weakening of the Democratic party.

And so ends another election season.  We will receive the complete results of the races soon.  So far, it doesn’t look good for the Democrats.  I think the perfect metaphor for these midterm elections is a battle between two armies: the democrats and republicans, and the democrats are getting slaughtered.  It can truly be said that this is a sad day for Democrats and liberals across the country.  As the red states on the map continue to increase, so does the Republicans’ control of the Senate and the influence of their party on the American public.  Now that both houses of congress are controlled by the Republicans, President Obama’s next two years in office look terribly grim.  He may not be the ballot this year, but his policies sure are.  Each time a state goes to the Republicans, the less likely his policies are able to be instituted.  Congress could barely pass any legislation before these elections, now that an ideologically divided party dominates it, gridlock will likely get worse.  Those in power fill up their pockets while the American people are screwed over.  Perhaps we deserve it for electing such shady incompetent people into office.  We Americans get the government we deserve.